Like most of the country, we eagerly anticipated the advent of the London 2012 Olympics.  We managed to secure a few tickets for the odd event, and took an unprecedented ten days off work and other responsibilities to make our own Olympic Odyssey journey south…It was a bit of a whirlwind…and the dust is only just beginning to clear in this post-Olympic haze that is settling over the nation…but here are a few highlights of our trip to London.

Our first event was football – Spain v Japan – at Hampden Park in Glasgow. The wee guy thought it a bit of a lark at first, but when we realised that the concessions didn’t take card and we only had £7 between us for 6 hours of spectator activity, it became a bit of a challenge.  He managed brilliantly, and we were all a bit starstruck being in an actual live Olympic venue for the first time:

Next up was the cycling road race in Richmond Park, which we watched with our lovely friends the Ryan-Pryors who live nearby and hosted us for lunch and a stroll in the park to take in the peleton wizzing past.

Our final family ticketed event was the Volleyball at Earl’s Court.  The players were fiesty and the spectators even more so.  Somehow the stands were packed to capacity with Polish fans for the Poland v Lithuania match and they made for an electrifying atmosphere.

By this point the wee guy was pretty spectatored out and so we were intensely grateful for the diversions of the iPad. 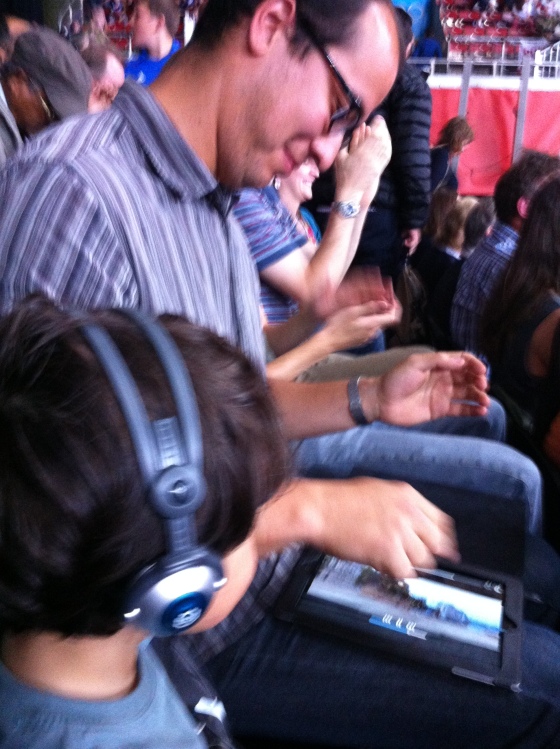 And when things got just too much altogether, he and I ventured out for a spot of retail therapy, burning off steam and doing a little crazy posing with the Great Britain Hand.

But the real Olympic excitement for Kazuo came on the morning that Dada was off watching Weightlifting with the grandies at Excel.  He and met up with my friend Karen and her lovely girl Kit for a playdate at Coram’s Fields and then headed to Kiwi House for lunch in the BBQ zone.  We plonked ourselves and the tots down next to this fellow – who had just won yet another medal in the Equestrian arena.  Kaz eyed his medal up for a while and Mr Todd invited him over for a little chat – it was a delightful exchange, especially since K was quite forthcoming about his own medal that he had gained at Legoland that week. 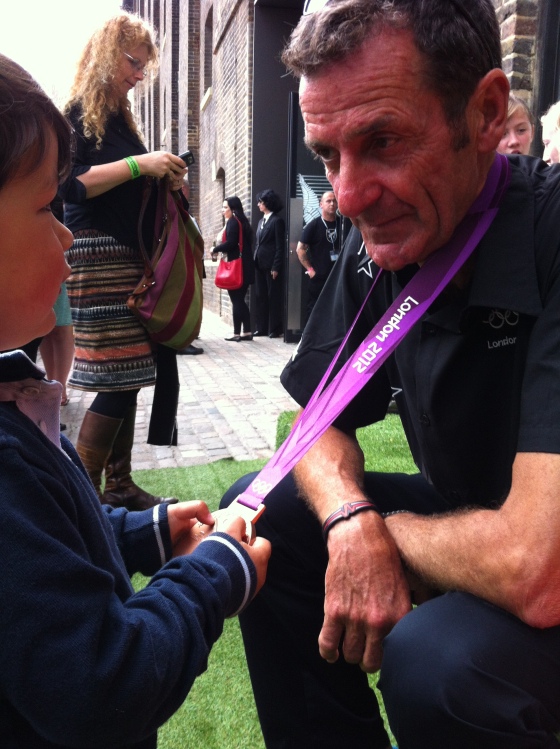 It was an eventful week or so and with the paralympics making an appearance at the end of the month, we are glad to have such a wealth of wonderful sporting endeavour to inspire us.