In April last year we gave Kazuo his first haircut.  In reality, it was merely a trim.  Since then, his abundant curly locks and long eyelashes have often garnered some of the confused and silly presumptions people make about small people’s sex/gender.  I think that small people who are still growing hair and recognisable adult features mostly look pretty interchangeable in terms of gender, especially since much of their gender socialisation is still in the future.  So if people think my boy, who at present is kinda on the pretty side, is a girl…so be it.   But hair seems to be a real confusion for some people.  So I promised to arrange for Kazuo’s next haircut to happen around his second birthday since it was getting very long and woolly.

Then Kazuo started ASKING for a haircut…since he was struggling to see out from the fringe.  So, last Sunday, in the midst of dinner aftermath, Akira and I took to the scissors and gave Kazuo his first big-boy haircut: 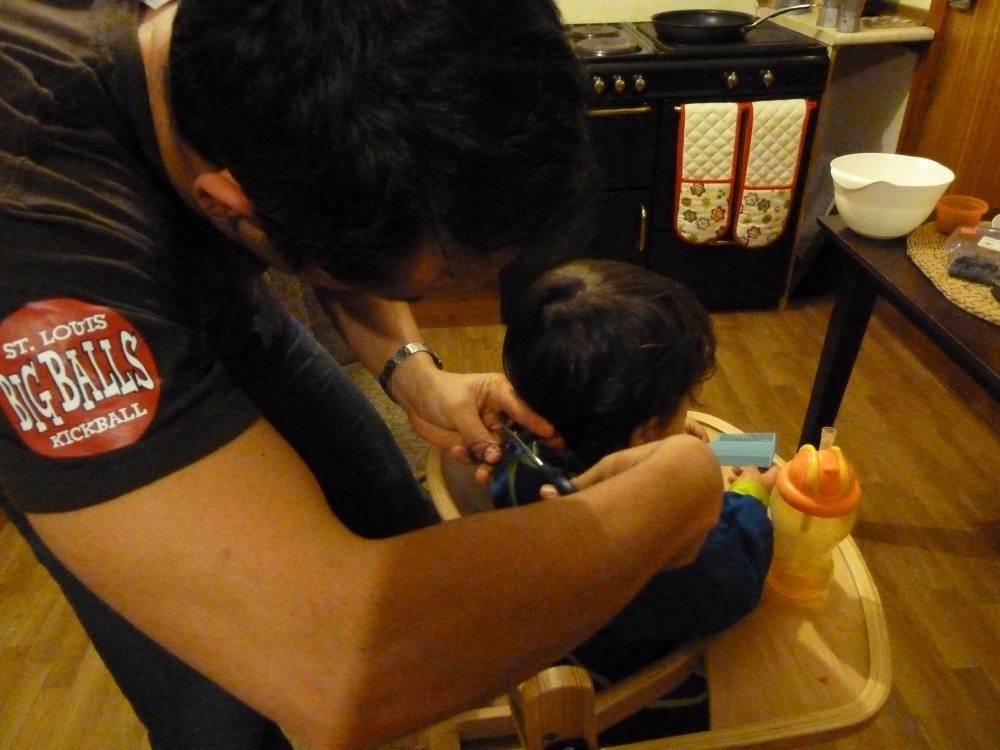 Here are some before (top row) and after(bottom row) shots of his two haircuts.  As you can see… there was much more to tame in the recent shearing.  He was totally fascinated by the little packet of hair I collected for the memory box. 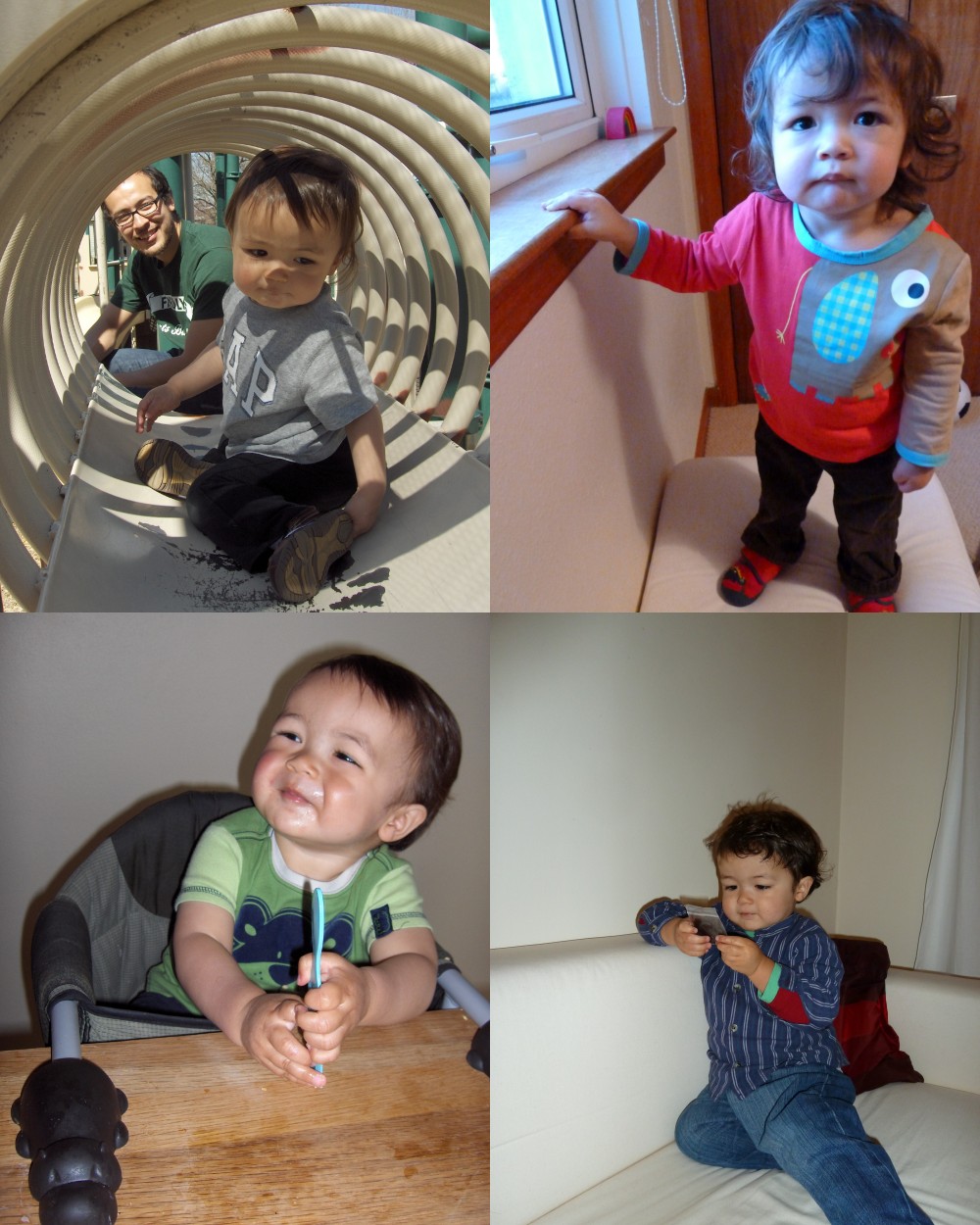 Funny how less hair can make for a more grown-up look.  Lately he is seeming more and more like a little boy – not even a toddler any more!