So a week ago, I wanted to write and tell you about the crazy night we’d had.  In fact I had so many other things going on too…bubbling up and running over…and wanted to let them all blog out of me.

Then it got a little hard to get to the PC.

And then I got a little shy…am feeling terribly nervous at the moment about social networking and blogging, and blabbing too much about my world and plastering it all over the web…not that many people read my meanderings, but it is still out there right?  So I took a wee break.  Sorta.

Still musing about all that.

But had to tell you some stuff anyway…can’t help myself.

1.  Last Wednesday night was MAD.  First – we moved to STL just after it was declared the Murder Capital of the USA (think that honour yoyos between several faded-glory urban areas) and so prepared ourselves for regular exposure to shoot-em-out gangsta culture.  Mercifully, it has been pretty quiet.  In fact, apart from emerging from Blueberry Hill on Halloween in 2008 to discover a local cop had just been shot in his car outside the Starbucks opposite, it has been totally tame.  For that we are grateful.  So last week, when we were clambering into bed at 10.30pm, it was a bit of a shock to hear shots ring out in rapid fire just a few doors down from us.  We are none the wiser as to cause and effect, but it did give us a bit of a reality check.  THEN – at 3.30am there was the most incredible thunderstorm.  At this time of year they are loud, long and full of non-stop lightening.  Of course the baby woke up – but he wasn’t scared, just awake, for two hours!!  So we lay around listening to nature’s tempest.  Here is the neighbourhood the next day – you’d think nothing had happened.  But it was a NIGHT! 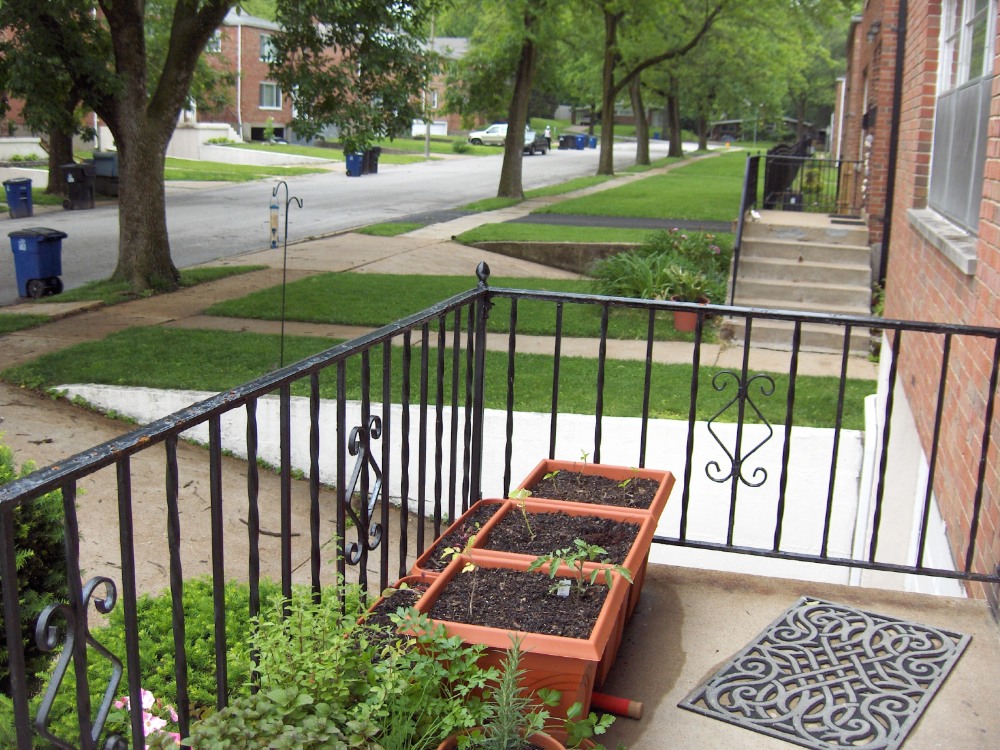 2. The baby has finally changed from a two naps a day guy to a one nap a day guy – a little early I think, he is only 16mths.  But like all these things, it has been on his cue.  I just read the signals and gently alter what we do a little to suit his changing needs.  He is sleeping much better all round (he’s been pretty good really anyway), so getting him into bed for naps and bed is currently a dream (I know, just a phase, but I am enjoying it for what it is worth.)  But I realise now that I MISS that extra sleep.  I have to bustle around and get two meals (lunch and dinner) in one, often short, sleep.  So online time and crafty mama time is really suffering.  But I do love the time to get out and about in the afternoon (yes, our little weirdling is sleeping in the late morning, not the afternoon like most kids…apparently it is what happens with some children…who’d have thought?) and we are enjoying the sunny playground afternoons.  Here is sleepyhead just after his one nap of the day: 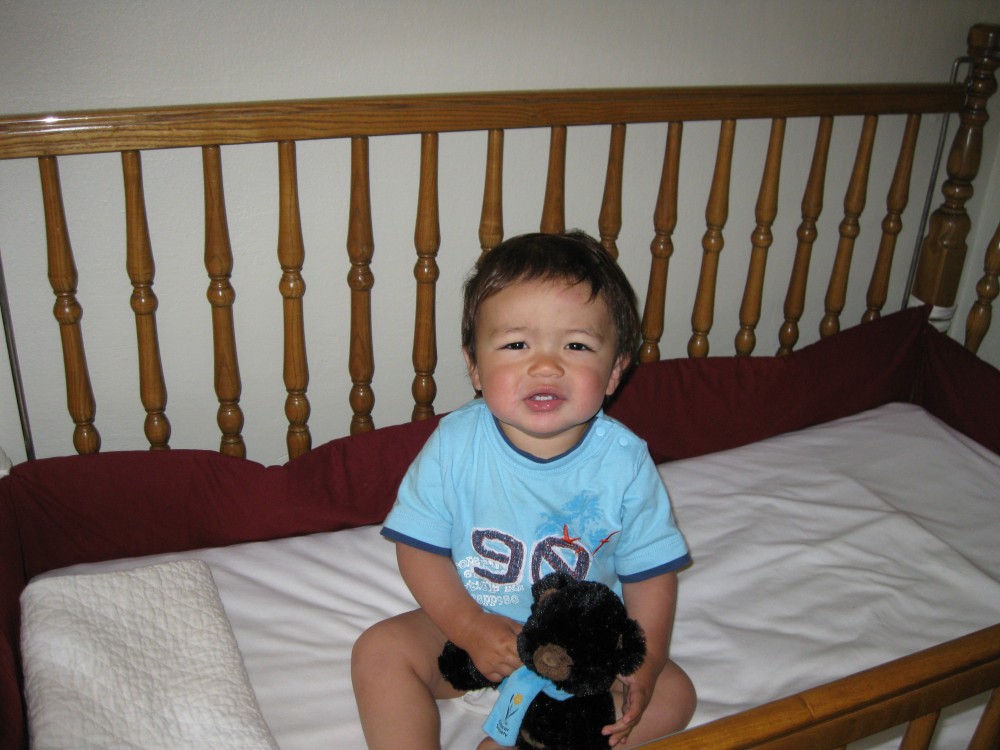 3. We have a destination!  This past month or two has been quite a rollercoaster ride.  However, I can now report that Akira has accepted a position at a university in Scotland and we will be relocating there in the Autumn.  It means I will spend this last summer here hanging out with Kazuo, rather than trying to take up paid employment, which will be nice for all concerned I think.  Our new location will be a permanent move for us, so we can look at starting to put down some roots.  I am really looking forward to being by the coast again.  We are all very happy about this move.  But we have made so many good friends in STL, so it will be a sad parting…we have a summer to enjoy more picnics and loveliness like this – come join us: 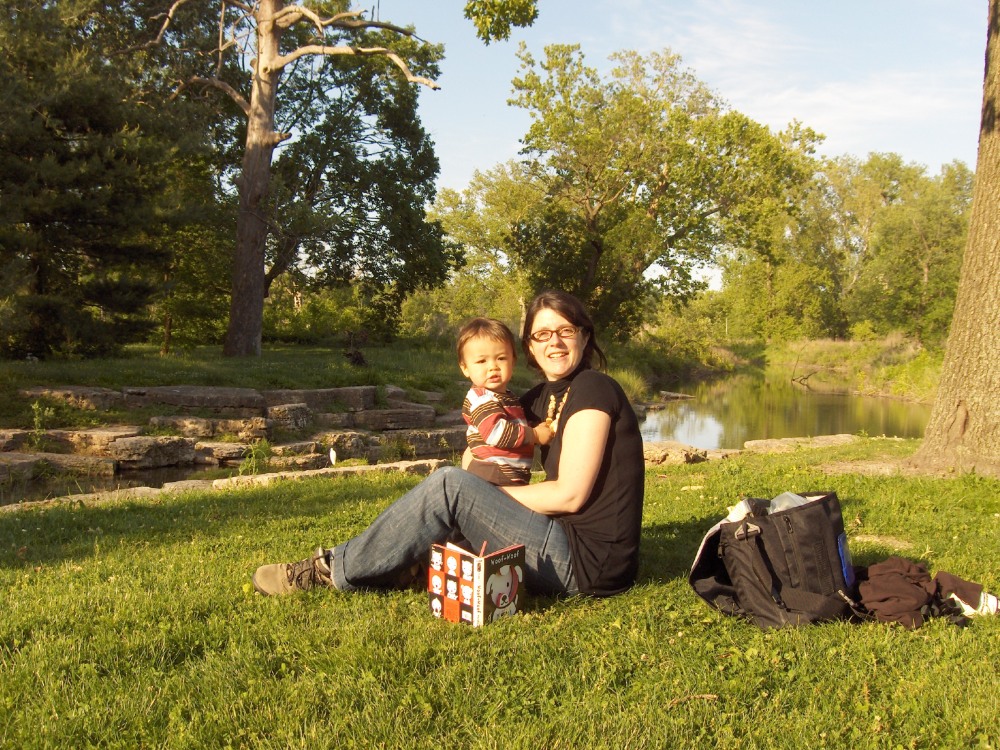 2 thoughts on “All Change”